What is a Loner? 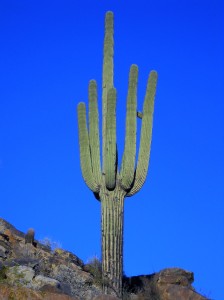 About 10 years ago I did a search for loner websites and found none.

The only site that used the term was Loners of America. That turned out to be a group of seniors who had each lost their partner but owned an RV. This group of newly singled men and women travelled around America together, not alone at all. They’re still doing it too – see their new website:

Since real loners didn’t appear to have a website, I created one – Loner’s Highway – my previous blog that concentrated on the nature and life-experience of loners.

But most loners are shy, and I began to regret leaving other shy people out, so I’ve returned to a blog/website that is for all shy people. Loners will be represented here under their own category.

Who are the loners? We all know what we mean by ‘loner’, but we don’t all mean the same thing.

According to the OED (Oxford English Dictionary), a loner is simply “A person who avoids company and prefers to be alone.” That fits my understanding, but not everyone’s.

Some dictionaries describe ‘loner’ as synonymous with introvert. That’s misleading, especially when the latest books about introverts (like psychologist Marti Laney’s Introvert Advantage and Susan Cain’s Quiet: The Power of Introverts In a World that Can’t Stop Talking) usually argue that introverts like being with other people, that they only need time alone to recharge.

Well, people like that aren’t loners. A loner is someone who prefers being alone most of the time. Some of us do enjoy the company of other people, sometimes, but we don’t seek it, and we don’t need it.

Psychologists don’t use the word at all. They don’t like terms that aren’t created by psychologists. They’ve never directly addressed the phenomenon as far as I know.

How old is the word? The OED says the first published use of the word was in a 1947 edition of New Republic – the example they give: “Big John has decided to become a ‘loner’ for keeps.” I don’t know who Big John was, but the quote suggests to me that in 1947 the word had already been around a long time.

In fact, the OED also refers to a state of aloneness called ‘lonedom’, which it defines as ‘solitariness’ and gives an example from the year 1612.

In the modern world, to make a living, or just survive without becoming a ward of the state, loners are usually obliged to be part of social groups. It’s a fact of life for us in this society, but it’s not what we want.

Sure loners want some of the same things. Loners aren’t inhuman. We still want love, and/or sex, with someone else, sometimes, but we don’t want anyone else coming along for the ride. We want it to be a twosome only.

We aren’t sick, and we didn’t get this way from bad parenting either. Every loner knows that the desire to be alone – not just to be walking alone on a beach, or reading a book, but to operate alone, to think for ourselves while working in a large corporation, to solve problems ourselves, in our own way – is an instinct.

I’ve said it before and I’ll say it again: Nature is full of solitary animals – bears, cougars, foxes, eagles, etc – and the existence of the human loner is good evidence that humanity has had a solitary past as well as a social one, one that is not finished yet.