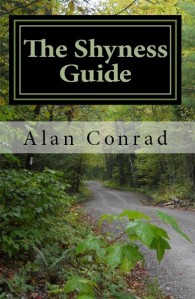 Because the Kindle ebook is going to be delayed, I have made up a 77 page PDF (from the 289 pages of the new book) that you can download free.

This is not an abridgement, but it is much more than the usual sampling you get on books for sale. Read it and you’ll come away with a pretty clear idea of how I think about shyness. Although I’ve removed the table of contents and index, I’ve added the titles of everything that has been deleted, to give you a better idea of the flow, and let you know what you’re missing. Here is a link to it:

One thought on “The Shyness Guide – free PDF excerpt”