Rescuing psychology | The Big Five Personality Traits | Shouldn’t it be the Big Ten? 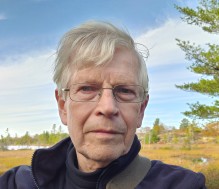 They aren’t new. The idea began in United States Air Force in the 1950s, then psychologist J.M. Digman proposed the “five factor model” of personality in 1990. Human resource departments in large corporations have been using it for a long time to assess potential employees. The Big Five traits are:

When I first saw this list, I asked myself – ‘Where are the introverts?’

Well, we might think that each category is supposed to include its opposite. “Openness” would refer to degrees of openness, with closed individuals at one end of a spectrum. Introverts would then be at the end of the extroversion spectrum. But think again.

Psychologist Nathalie Nahai, writing about the use of Big Five tests (I read this in A Large-Scale Personality Research Method, published in the 2017 anthology, Know This, edited by John Brockman, published by Harper Perennial and the Edge Foundation). included this comment:

…..individuals who score highly for extraversion prefer using more positive emotional words (such as “amazing,” “great,” “happy”), whereas those who score higher in neuroticism tend to use first person singulars (such as I, me, mine) with greater frequency.

What? Neuroticism is the opposite of extroversion? Well, she isn’t exactly saying that, but I’m never surprised at the strange ways non-shy people manage to perceive negativity in shyness, but where is the rationale? How do the words ‘amazing, great, happy’ have anything to do with ‘I, me, mine’? And since when do extroverts not talk about themselves? In my experience, self-promotion is their specialty. Introverts, on the other hand, prefer not to talk about themselves.

As for the Big Five, there are many tests deriving from it, one of the most well-known being the 123 Test. I did the 123 test and got the following result:

(In the 123 Test, ‘natural reactions’, for some reason, replace neurotiscism)

The agreeableness score made me smile. If you met me, you’d find I’m a little more agreeable than that. But I must admit that from the time I entered kindergarten in the 1950s, I always felt a deep scepticism about most of the people around me, including some teachers – and it continued, especially in work places, decade after decade.

But, looking at this again today, in March of 2022 when defacto dictator tyrants are once more wantonly invading free democratic countries, it occurs to me that another common human trait is missing here – selfishness.

Well, the reason for that, at least with respect to the 123 test,  is partly because it’s a self-reporting test. Not too many people will willingly report that they are selfish, though since the Trump White House years, some selfish people are beginning to flex their selfishness muscles. Maybe, I fear, they’re feeling it’s time for them to come out.

But, returning to the Big Five and the 123 test, there are other anomalies. How many people, in the context of applying for a job, are going to look at the statement “I don’t get along with others”, then record a “strongly agree” score?

Or, who is going to say they “never, or rarely, complete tasks”? Oh, such people do exist though. I met many people working in the insurance claims industry who rarely completed tasks – they found ways to get other people to do their work for them, or found ways to hide what they left undone. Oddly enough, many of them were very successful at getting promoted.

And where is ‘honesty’ here? Surely that’s an important personality trait? Maybe it’s one we don’t want to talk about, because its opposite, dishonesty, is so embarrassingly common in our culture.

The human race comes instinctively equipped for lying and cheating. Investigate accidents and injuries for a while – as I did for 40 years – and you’ll soon be in no doubt about that. So any test that doesn’t anticipate lying and evasiveness and doesn’t have a way of correcting for it, should be taken with a grain of salt (Maybe the 123 Test does allow for it, but I don’t see it). People often lie to themselves. Are such tests designed to catch that?

When psychologists first entered the personal injury assessment field in a big way in the 1970s, in Canada where I was, many of them were shockingly naive about lying. That someone would lie again and again for the sake of getting insurance money seemed to be beyond their comprehension. But, I must add, it’s a different story now. At one point, in the late ’80s maybe, they really picked up the ball and started to run with it. Now psychologists show great sophistication in these assessments, and in brain injury, where they were once ridiculed by neurologists, who thought they were the only people on Earth who understood brain damage. Today judges and juries usually pay far more attention to the psychologists. Much of my psychological understanding was acquired reading their often fascinating reports.

But back to the 123 and similar tests. Could a person’s answers on these tests reveal the presence of autism? I doubt it. But the ‘neurotypical’ world probably assumes that, when applying for a job, your autism is something you should simply keep hidden, or try to overcome. Sadly, that is what we usually have to do in our searches for employment. Pretend we are ‘normal’. But most autistic people now, I think, perceive autism as a personality trait, rather than a disease.  Or, as I would say, a foundation block of who we are.

Anyway, here we have this civilization of ours largely built on ideas like the Big Five. Doesn’t that feel wrong, almost fraudulent? Maybe we should be talking about a Big Ten traits, if not more? But the Big Five and the 123 test are entertaining, and useful I’m sure to some extent. If you’d like to try the test yourself, here you are:

5 thoughts on “Rescuing psychology | The Big Five Personality Traits | Shouldn’t it be the Big Ten?”