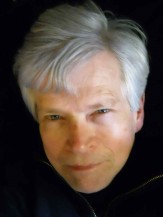 If someone told you, without naming the person, that the most financially successful author in history was autistic, you probably wouldn’t believe them.

But read a biography of James Michener, and you’ll discover that this world wanderer – from hitch-hiking as a teenager, to his years in World War II going from island to island in the Pacific as a an investigator for the US Navy, to his lone travelling to research book after book in later life, made phenomenal amounts of money along the way. Beginning with the broadway play based on his book Tales of the South Pacific, combined with life-long backing by Reader’s Digest (they would pay his expenses to go anywhere, and paid him top dollar for his articles year after year), he made more money I’m sure ( I don’t know if such records are kept) than any writer before or after him, even though this was the golden age of writing.

Meanwhile, Michener was a prime candidate for a diagnosis of Asperger’s, or maybe he was even farther along the spectrum. Though he was an extrovert towards the world as a whole, he was socially avoidant to an extreme. In his autobiography The World is My Home, he made this remarkable statement about his relationship to other writers:

I am a loner to an extent that would frighten most men……..I chose not to become involved in the literary scene on a social level. It did not appeal to me; it did not seem rewarding; it was distracting rather than productive and, most important, because of my personality and attitudes I would not have been very good at being part of it. I have thus remained off by myself, and it may seem shocking that at age eighty-five I have known almost no other writers, American or foreign, even casually.

One of the things that I don’t think is well understood, is that most loners are wanderers by nature. It’s an instinct in us. In what I believe was his last book, Literary Reflections, Michener describes hobbling along in a park with his cane, when he hears a little boy or girl say to their mother, “Why is he trying to walk Mommy?” – Michener comments: “They didn’t understand that I just have to keep going.”

Now that my wife is gone, I’ve been able to return to writing my book/novel about Michener, the one in which he is still wandering the world as a ghost. He still has money too (the AL or after-life, newly discovered by science, has been flooded by big business, including banks and insurance companies). Michener, shrewd as ever, has a lot of money and is using it in a remarkable way to try to save wild places, and, at the same time, Humanity from itself.

Though he had no writing friends, Michener has become a close friend of mine, as you’ll find out when I get this book finished.