Rescuing Psychology | C. G. Jung | Down with the Jungians 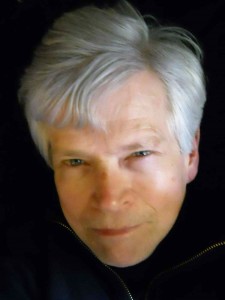 Though I’ve been reading C. G. Jung all my life, and though I’m still learning from him today, I find many of his ‘Jungian’ followers offensive.

Some years ago I took a university course called Archetype, Symbol and Myth, which was supposed to be an exploration of world literature from a Jungian perspective.

I wasn’t surprised to find the room full of these modern Jungians. Most of them young, they trooped in with their copies of Jung’s Man and His Symbols in hand, a book that is a kind of bible for them.

The trouble started with a discussion of the word ‘numinous’.

Dictionaries aren’t much help with this word, for they just say it refers to religiousness, to spirituality, to the sense of a presence of a divinity, to the supernatural, to ‘awe-provokingness’, or just to being mysterious. They dance all around it, unsure what it is.

Jung used numinous a lot in his writing, but he didn’t define it in any book I’ve read. He wrote in German, but in German the word is the same. Numinous in German means numinous in English.

From my reading of Jung though, it was already clear to me that for him anything can be numinous if it has strong emotional importance to you – the house you grew up in, a tree you played under when you were a child, a special toy, a shell you saved from a special beach, or a photograph of someone you loved. If it generates strong feeling in you, it’s numinous.

Well, a debate started. A young woman who I knew to be a perceptive reader of fiction and knowledgable about the visual arts, proposed that a Robert Bateman painting could be numinous.

No! No! No!, came the refrain from all sides. Bateman was a realist painter, so he could never be numinous. She was obviously taken aback by the number of her opponents, which appeared to include the professor.

Because I’d already thought a lot about numinosity, I stepped in on her behalf and said I had no trouble imagining many Robert Bateman paintings to be numinous and I explained why.

Before I could finish, the Jungian storm burst upon me, all these experts trying to speak at once, vying with each other for the right to put me down. It ended when a young blonde who sat on my left thrust her copy of Man and His Symbols in my face, open at the page with the Peter Birkhauser painting of a mysterious four-eyed spirit looking threateningly out of darkness and smoke.

“That,” she said emphatically, “is numinous”.

Everyone seconded this. Even the professor nodded her head in agreement.

The next morning I went to the school’s administration office and withdrew from that course. These Jungians and I lived in two different worlds, and I had no desire to spend any more time in theirs.

Jung himself said many times that the last thing he wanted was to create an army of Jungian followers. Unfortunately, that’s what he got.

But my message here? Simply that if these Jungian know-it-alls put you off, that doesn’t mean you shouldn’t read Jung.