Rescuing the Future | Artificial Intelligence | Is Superintelligence coming or not? 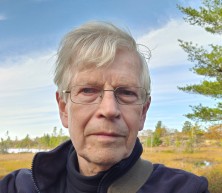 Believe it or not, I started this post in 2017 – I put it off for 4 years because I knew that many people don’t want to think about the future.

But anyone who has read my novel Skol knows that I look forward to the entry of superintelligent robots and computers into our world. One reason why I keep myself as fit as possible (I’m 75 now) is that I still hope to one day meet and talk to a machine that is more intelligent than I am – and I mean much more intelligent.

AI sceptics like to focus on the weaknesses of artificial intelligence. They love to show how computers are easily tripped up by language oddities, etc. They say nothing about the fact that Nature took hundreds of millions of years to develop our brains, while AI scientists have only been at it for a few decades. AI/robot brains are evolving thousands of times faster than the human brain did. Look at any language translation program now (Google’s free translator is one of the best) and you will see that the subtleties of language are no longer a problem for them at all.

Whenever machines are developed to deal with a specific task, they quickly surpass us. For example, the little pocket calculators that we began using in offices in the 1970s were already much much faster then at arithmetic than any human.

Chess playing computers passed me (In high school I was an active player) around 1985. IBM’s computer Deep Blue defeated world champion Gary Kasparov in 1996. Today you can buy software online for your laptop that can defeat Deep Blue easily.

Meanwhile – via the steam engine, combustion engine, nuclear-powered submarines, etc – machines have also surpassed us in strength and endurance.

Why most people can’t see that, sooner or later, it is probably inevitable that machines will exceed us in everything, is beyond me.

A lot of attention is given to the difficulty AI scientists have had in duplicating human intelligence. But there is no need to duplicate the human brain in order to surpass it in performance. There is a school of thought within the AI community that thinks the long pursuit of human/biological-style intelligence is a side-path that will prove to be a dead end.

The goal of AI research has never been the achievement of human-level intelligence. What do we need another human-level brain for when there are almost 8 billion in the world already? No, the goal has always been superintelligence.

When machines achieve human-level intelligence, rather than human-like intelligence, they will not stop there, but will rocket past us. The period in which humans and the best AI will be equal will probably be very short.

One reason why I’m dismayed by the reluctance of most people to think about this is that superintelligence is going to come with incalculable problems and dangers.

In some future posts I’m going to discuss this coming robotic/AI world. You’ll see that the deeper you look into it the more interesting it gets. But it is coming, whether we like it or not.

4 thoughts on “Rescuing the Future | Artificial Intelligence | Is Superintelligence coming or not?”