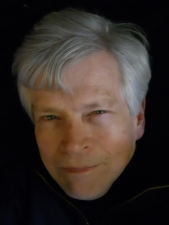 When psychiatrist Ian Stevenson began investigating the children who speak of past lives, there were phenomena waiting for him that he didn’t expect.

To introduce these, I’m going to use the story of the twin boys, Ramoo and Rajoo Sharma.

In 1971, Stevenson says a sessions court judge in the state of Uttar Pradesh, in northern India, who had learned of his research, wrote to him, suggesting that he come to the judge’s district because “he thought the extremely high murder rate there provided an excellent milieu for the development of cases of the reincarnation type – as indeed it seems to do.”

Now, murdered people are not the only ones involved in these past lives, but so far every case of Stevenson’s that I’ve read involved a life that ended prematurely – sometimes by accident, sometimes by disease, sometimes by murder. This is surely a clue to what is going on, but what is it telling us?

Stevenson says it implies that remembering a past life is not what we naturally do, that we have evolved to not have memories, even though they are possible. In fact, many of these children, later in their life (he often revisited them), told Stevenson that they wished they had not remembered.

So Stephenson went to Uttar Pradesh. In a police station there where he was investigating another case, one police officer drew his attention to that of a pair of twin boys who remembered the murder of two young men who were also twins.

Ramoo (Ram Narain Diwedi Sharma) and Rajoo (Shesh Narain Diwedi Sharma) were born in August 1964 in the village of Shan Nagara in Uttar Pradesh. Their father was Pandit Ram Swaroop Sharma, a doctor, and their mother Kapuri Devi. The twins had four older sisters, one older brother, and two other children would come after them. The family was of the Brahmin caste.

Like many twins, they were almost inseparable growing up. One day when they were about three years old, they ran off together towards the main highway. When they were brought back and questioned about what they were doing, they said they had been going home.

I’m not going to go into the many details they remembered and which Stevenson confirmed to be facts. Here we are just going to look at their key memory – that they had once been two young men, Bhimsen and Bhism Pitamah Tripathi, who were also twins, when they were murdered.

Though I’m not focusing on ‘twins’ here, twins are interesting, so I’m including this footnote of Stevenson’s:

Ramoo …..was said by informants …. to have had more memories……..My collection of cases includes eight others in which the subject was a twin. In most of the cases one of the pair had fewer memories of a previous life than the other, or none at all. In two cases in which the second twin had no memories of a previous life, the first one, who had, said they had been together in the life he recalled.

Bhimsen and Bhism Tripathi, also from a family of Brahmins, lived near the village of Uncha Larpur, 16 kms down the road from the village of the Sharmas. Some time after they disappeared, they were found dead in a well, tied up with ropes, their bodies decomposed.

Based on the evidence the police had (they knew of a dispute the twins had had with some neighbors over the boundaries of their respective farms), nine men were charged with the murders. But the evidence was insufficient and the charges were dismissed in court.

There was no description in court of how Bhimsen and Bhism were murdered, because there were no third party witnesses.

So when Ramoo and Rajoo said they had been lured into the neighbours’ house for a proposed reconciliation, then a group of men who had been hidden when they entered set upon them, they were beaten and stuffed into sacks, etc, this was a completely new story to the local community and attracted a lot of attention.

Bhimsen and Bhism had been known for their bravery, so it was not implausible that they would have entered the house.

When the men who had been charged and acquitted in court heard about Ramoo and Rajoo, they came to the Sharma village. Ramoo and Rajoo were then nine years old. Stevenson says the once accused men were in no danger of a re-trial, because that was not allowed in the law (and the past life statements of children are not allowed as evidence in a trial),  but:

An eerie blend of anxiety and curiousity must have brought the murderers over to Shan Nagara for a confrontation with Ramoo and Rajoo, and I wish I had more information about this meeting. It cannot have been a joyous occasion for anyone present.

But here is what I really want to talk about.

Early on in these investigations Stevenson discovered that many of these children not only talk of the past, but they have birthmarks on their bodies that appear to be related to events associated with their deaths.

For example, a boy in Lebanon who remembered himself as a young man who was shot through the neck, the bullet severely damaging his tongue, had birthmarks on his neck more or less in the positions where the bullet would have entered and left. And he, the remembering boy, suffered from a speech impediment! Other examples are not so dramatic, except for that of Ramoo and Rajoo.

Remember, there is no question that Bhimsen and Bhism were tied up with ropes. That is how the police found their decomposing bodies.

When Stevenson first met Ramoo and Rajoo, he inquired about birthmarks. He was shown remarkable lines crisscrossing their bodies that had been present from birth. Here is his account of his examination of the two boys, with much of his detailed measurements removed:

The twins each had birthmarks across their abdomens of a type that I have not seen on any other subject…….Those….were streaks of increased pigmentation running horizontally (more or less) across the abdomen and (on Ramoo) the lower chest. They were about 2 millimeters wide. Ramoo had five such linear marks……….Rajoo had only two such marks that I could detect…..

What are we to make of such markings? To ascribe them to coincidence is, as I often say, too lame an answer for me.

Do you see what the birthmarks are silently saying? Not only do these children possess mental memories, but they have physical/body memories. If this is reincarnation, apparently it is not only the mind that is re-created, but the body too, at least to some extent, in some way.

Now, doesn’t this call out for DNA investigation? In the past no one thought to take DNA samples since complex examination of DNA was not possible. Even at the time of Stevenson’s death in 2007 the detailed study of DNA was only getting underway (the presence of Neanderthal DNA in most people wasn’t revealed until 2010). Stevenson would have endorsed DNA studies eagerly if such research had been possible twenty years earlier.

The problem of course is in getting a DNA sample from the person who died and is being remembered. Few families would agree to having a grave opened, if they weren’t cremated. But that could be easily remedied if DNA samples were taken from everyone murdered or who died in an accident.

Eventually I’m sure, we will be taking DNA samples of everyone at birth, and, of course, not just in India. When critics asked Stevenson why there were no such cases in America, he went out and found them.

Yes, a DNA comparison would be revealing, and fascinating. DNA is massively complex. I’m sure geneticists will still be doing research on it a century from now, and finding things we cannot guess at. But, although there is a lot of online talk about this idea, sadly, I can find no ongoing research at all.