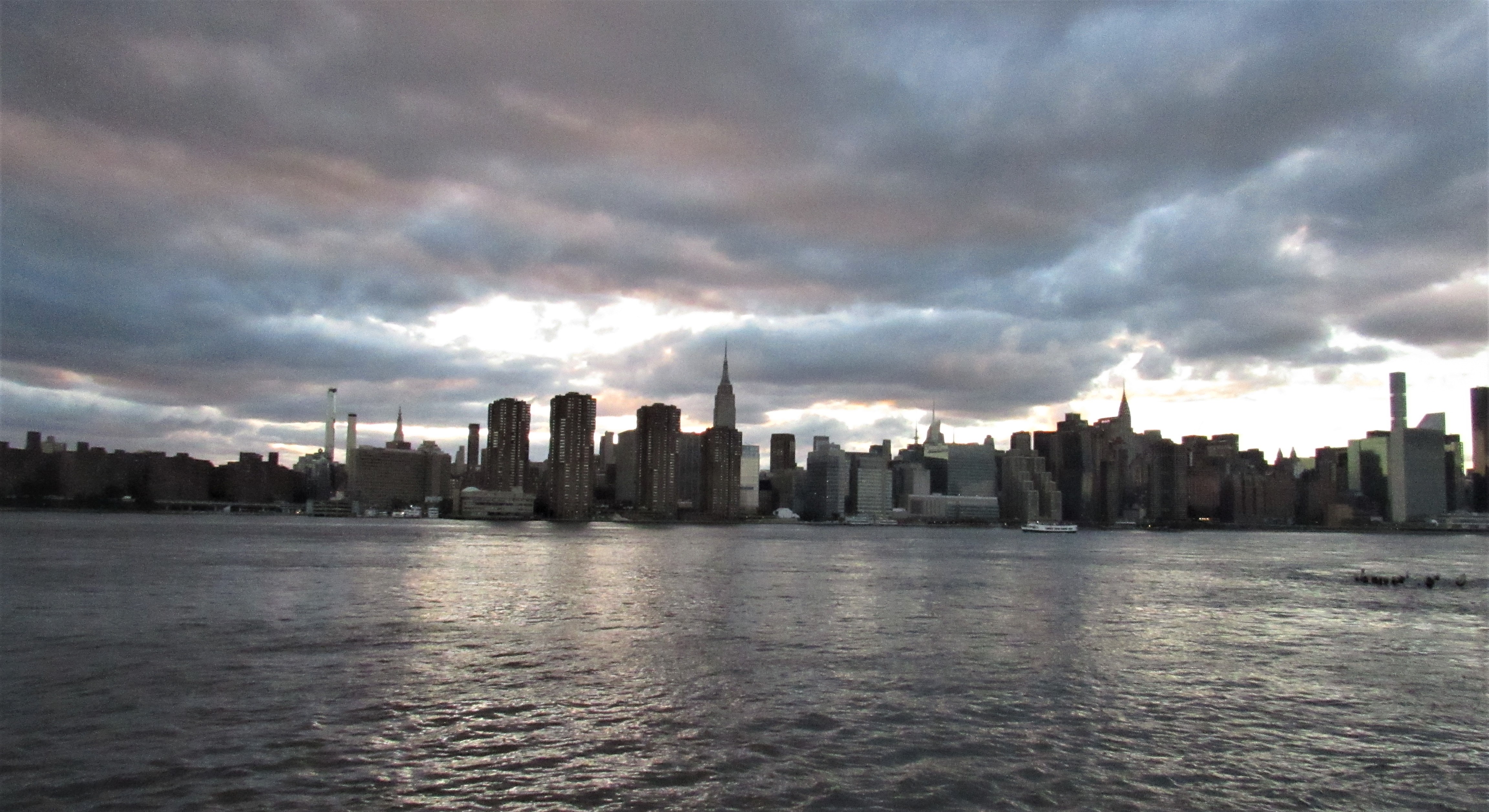 This week I was reading again about the assault of Hurricane Ida on New York City, this time about how the water overwhelmed the New York subway system.

I couldn’t help remembering that in my novel Skol, a critical part of my character Simon’s long odyssey on wilderness Earth in the year 2278 includes a visit to New York City, where he meets the robot C-2, one of 343 robots (left from 500 robots sent to New York two centuries earlier) who are trying to save the abandoned city from complete destruction.

After wars and diseases had drastically reduced Earth’s population in the late 21st century, the remnants of it were removed to other worlds so the planet could be restored to its original wild condition. Simon, who has lived his entire life on a space-freighter, who has never been on any planet, is only there because he won an education lottery allowing him to attend a school for rich aristocratic boys located in the Adirondack mountains. His visit to New York is part of a lone journey down through the mountains required by the school .

For anyone who finds a complex subway system interesting, here is an excerpt from the day C-2 takes him to see robots at work in the subway on a day of heavy rain. Except that the underground workers are robots rather than people, the subway has not changed much from 2021. Simon and C-2 have walked in the rain from the Plaza hotel where Simon is the only guest. Descending the stairs into the 81st Street station, Simon examines the sign over it:

The railing had a black sign on it with white letters that said “81 Street Station – Museum of Natural History”, and below that a “B” in an orange circle, and a “C” in a blue circle. Two large yellow rubber hoses came up the stairs and out onto the roadway. One of them was pumping water into a street drain, the other was inactive. We walked down the side of the stairway not taken up by the hoses.

“Different trains that passed through this station,” C-2 replied, “They had different lines, and used different letters for trains headed to different destinations. We wish we had some trains.”

“No, there are trains in storage. They were using magnetic levitation trains at the time of the collapse, and some are still serviceable. Many of the magnetic rails are functional too. But the trains require a lot of electricity and we do not have much of that. We have never been able to test a train in the tunnels.”

The surface of the stairway walls, and the walls of the hallways at the bottom and those of the subway platforms, were covered with a white ceramic tile that had brightly colored mosaic images of animals, living and extinct. There would be a red and green South-American frog, then a tyrannosaurus rex, then a colorful beetle, etc. On one side of a door, near the floor, there was a big black, white and yellow striped caterpillar, on the other side of the door, taking to the air, a big orange and black butterfly.

C-2 said these mosaics were installed during the first years of the 21st century. Many other stations had mosaics and sculptures done at that time.

After descending two stairways and crossing a hallway, we passed through a metal gate onto a subway passenger platform.

The lighting was dim, but I could see across to several other platforms. The train tracks were presumably in the spaces between, but they were covered by water almost up to the platforms. In front of us, three humanoid robots were down in the water, almost up to their necks, with a strong current swirling around them, working on a pump that had been installed on the tracks but was now mostly submerged.

C-2 had already explained that in the 21st century the New York Transportation Authority, or NYTA, used over 300 pumps to keep the subway system clear of water, some of them in permanent pumping rooms, others portable. They had 524 train lines, most of them underground. In the middle of that century the NYTA employed about 12,000 people and 10,000 robots.

“Because there are no trains now,” C-2 said, “and because we are limited in what we can do, we have abandoned much of the old subway system. But that allows more water to accumulate, so we need more pumps in the areas we are trying to protect. For that reason, we have removed some pumps from the abandoned areas and re-installed them on tracks like the one you see here.”

“What would happen if you didn’t pump out the water?”

“The most important thing required to preserve a large building is to preserve its foundation. The buildings you have seen fallen in New York have fallen because water has undermined them.”

“Are these the same pumps they used in the 21st century?”

“Yes, these pumps are remarkable machines, very strong, wonderfully overbuilt. They operate on compressed air. Most of them are from the 20th century, yet they keep going. The main pump for this station is in a pumping room below this platform. It can move 6000 litres a minute, and it is working as we speak. On a day in the 21st century, a day with no rain at all, the NYTA pumped 53 million litres of water out of the subway system. But on a day like today, even our reduced number of pumps can exceed 53 million.”

“Do you get replacement parts from the old pumps?”

“Yes, we keep some pumps in storage for parts. But we have also found it possible to manufacture some parts, including the hoses, and we have modified the pumps somewhat.”

He paused to look at me. If he’d been an animine robot, I suspect there would have been a slight smile.

“Maybe you need to.”

“Well, some anti-robot people in the Federation have accused us of doing it. They say we should be worn out by now, that we should be finished and gone. Maybe they wish we were gone. For us to still be here, they say we must be secretly building robots. But we do nothing in secrecy. We obey the laws. Humans are free to come and see what we do, but few ever come.”

At this point a surge of current in the water separated one robot from the pump. It was about to be swept out of the station into the tunnel but it got hold of a hand rail attached to the wall. One of the other robots climbed onto the opposite platform and ran swiftly to the end. It took a pole with a big hook at one end from the wall, then held it out to the robot in the water, who got hold of it and pulled itself back and up onto to the platform.

“Why don’t they attach safety lines to themselves?” I asked.

“It has been tried, but it interferes with our mobility. Besides, we are, as you say, waterproof, and all these robots are good swimmers. A robot who is taken out of the station by the water knows which of the next stations offer access to the surface. Some have got caught in the tunnels, but we have two portable boats that we can use to retrieve them. In the past century we have only lost three robots in the tunnels. But, of course, we cannot afford to lose any. Those three were never found.”

The two robots returned and leapt back into the water, to continue work on the malfunctioning pump.

One of them completely submerged itself to work on something below the waterline. C-2 watched it closely. The pump shuddered, the yellow hose attached to it jerked several times then settled down to a muffled, rhythmic thumping as the pump pushed water into the big hose. The three robots climbed back on the platform, waved across at us in recognition, then stood there contemplating the pump. It looked like it was working well. C-2 obviously thought so, for he turned to me.

“Let us go into the museum,” he said.

New York is a fascinating city. The thought of it lying abandoned and slowly deteriorating in the 23rd century inspired much of Skol.  Though the peak events in Simon’s story occur on Long Island, beyond New York, the chapters in the city are a core part of the book.

PS – Here is the account of Ida’s attack on the subway this week: