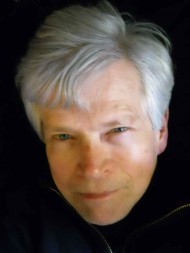 Because I’ve been paying close attention to dreams since I was a boy, every now and then I think it’s time for me to write my own book about dreams.

But each time that happens I immediately think of psychologist Robert Van de Castle’s monumental book, Our Dreaming Mind and I change my mind.  For it is a book of everything about dreams. How could I improve on that?

Van de Castle starts with a long history of dreams. His chapters on the sophisticated understanding of dreams that existed in ancient Greece, Egypt, India, China and the Muslim empire are fascinating. Those were  times and places when people thought much more about dreams than they do now.

You meet Artemidorus of Daldis, who in the second century travelled through the cities of Greece, Italy and the Middle East doing ‘field research’ for his five volume Oneirocritica, the ‘great-grandfather of all dream books’. Van de Castle discusses it volume by volume.

You read of the Muslim author de Dinawari, who in 1006 produced an immense and influential book of dreams.

You meet real dreams and dreamers from the past. For example, the nineteenth century Russian doctor Marie de Manaceine, who wrote a lengthy book on sleep that included her own analysis of dreams, wrote:

I myself have known an old woman …who preserved the memory of a dream as the happiest recollection of her whole long life. She would become radiant with animation as she narrated that sacred dream which had thrown up its single ray of splendor on an existence made up of petty miseries and petty satisfactions.

How many people appreciate dreams that way now?

Besides providing a thorough analysis of dream research and theories from the twentieth century, commenting on all the famous dream theorists – Freud, Jung, etc. – Van de Castle, in his chapter ‘Paranormal Dreams’, takes you into his own dream explorations at Brooklyn’s Maimonides Medical Center.

What more could you ask for from a book on dreams?

Well, although Van de Castle has dissuaded me until now from writing my own book, I have finally changed my mind. There are things that are not being said, and maybe never have been said about dreams, and aspects that no one yet appears to have explored. That’s why you haven’t been seeing many new posts on dreams here – my book is slowly getting underway.