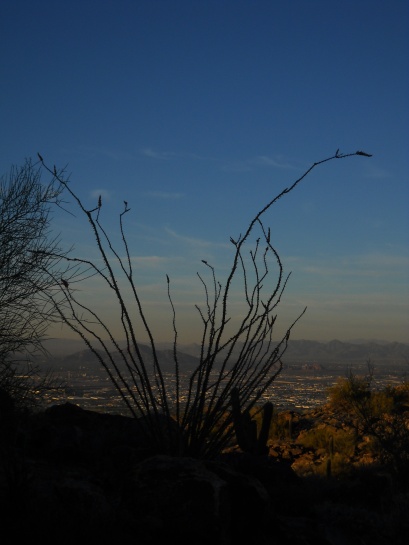 Few people talk about this – the strange interaction you sometimes see between dreams and the real world.

To show you what I mean, I’ll give you a simple example of my own.

A few years ago I had a series of dreams, night after night for about a week, in which I dreamt dead foetuses, some human, some not human.

Then, on the morning of the last of these dreams, I was going out the back door when I noticed something faintly different in the centre of the old worn hemp doormat at my feet.

I got down to examine the mat and found, in a tiny group, 5-6 dead mouse foetuses. There was no sign of their mother.

Was this a chance event? To me, calling it that is a huge stretch. I’ve never won first prize in a lottery, and I think dreaming foetuses then finding some on your doorstep is a bit more improbable than that.

If it was a once in a lifetime event, I might think differently, but I’ve had more than my share of these experiences.

By the way, I’m not suggesting that the foetuses were deposited there by some passing spirit. I suspect that my cat had something to do with it.

But for tens of thousands of years hunter-gatherers, and later the people of earlier civilizations, would have seen the foetus dreams and the mouse foetuses as connected and meaningful.

We call their thinking ‘superstition’, and we say they lived in a culture of naive self-delusion, one in which they were subservient to manipulating shamans and priests, confused and misled by these ideas about non-existent spirits and gods.

But if they were here, they would would see our scepticism as a naive evasion of reality. Or, maybe they would consider denying something that is staring you in the face just stupidity.

Psychologist C. G. Jung saw such dreams as examples of his proposed principle of ‘synchronicity’. In his 1951 Eranos lecture “On Synchronicity” he told the story of a young woman patient he had, who, because of her extensive education, was so rational in her thinking that he was unable to alter her world view.

One day, she told him of a dream the night before that had deeply impressed her. Someone had given her a piece of jewelry in the form of a beautiful golden scarab. Then, says Jung:

While she was still telling me this dream, I heard something behind me gently tapping on the window. I turned around and saw that it was a fairly large flying insect that was knocking on the window-pane in the obvious effort to get into the dark room. …. I opened the window immediately and caught the insect in the air as it flew in. It was a …..common rose-chafer (Cetonia aurata – ‘scarab’ family), whose golden-green colour most nearly resembles that of a golden scarab. I handed the beetle to my patient with the words, “Here is your scarab.”

He says this “punctured the desired hole in her rationalism”, and her treatment went on to a satisfactory result (Synchronicity – An Acausal Connecting Principle, translated by R.F.C. Hull, Bollingen Paperback, p.110-111).

Stop and think about it. If dreams and the real world have some kind of access to each other, what does that imply? Think of how much larger reality is if a few mouse foetuses on a doorstep, or a beetle knocking on a window, can be connected to a dream.

By the way, do you want to know what those foetuses in my dreams meant? Well, I’m sure there was a message of some kind, but I never figured it out. Some god or spirit, or just something unnameable, seems to have been trying to send me a message, but I dropped the ball there.

But there is something more important than searching for meanings in a dream – if you’re not paying close attention to the world, including your dreams, things like that can pass by without you even knowing.

People who walk through life in a semi-conscious state, preoccupied with personal problems – making money, trying to escape financial ruin, climbing social ladders or trying not to fall off them, struggling over and over to save a relationship, etc – will just step over, or maybe step on, the little foetuses.

But – a warning is in order.

Don’t try to see divine visions, ghosts, or hidden messages around every corner. Too many people get carried away, and see mysteries and profundity in the smallest coincidences. Start doing that, and you’ll recede from reality, not move towards it.

And as for meaning, I suspect that whatever in your deep unconscious creates and constructs dreams knows perfectly well what such things mean. It seems to have an agenda of its own, and doesn’t worry whether ‘you’ understand or not.

Just learn to examine the world around you carefully. Examine insects and flowers, the patterns in rocks, the changes in weather, the difference in people’s moods and behaviors, etc. That’s the important thing. Learn to watch everything closely, and you’ll be ready to spot the unexpected things that I’m talking about. When it comes to dreams, just try to remember those that feel important.

Maybe some people can do this and some can’t, I don’t know. But we all have basically the same brain, so we should all be capable of expanding our perceptions.

Also, don’t get too wound up about it. Just because you’ve discovered this, don’t think you can go out and convert the world. We constantly talk about the importance of creativity and openness, but our current society, at least in “the West”, is profoundly closed to new ideas, especially when they are old ideas trying to come back.

Until mainstream science faces up to such phenomena, few educated people will pay attention. Only when science finally tells them that these things are real, will most people see them as real.

But you are free to go your own way. You don’t need anyone’s permission to see these things. It doesn’t matter what mainstream humanity thinks. You can go out and explore this mysterious world on your own.