Yes, I wish I had a dollar for every time I’ve had to listen to reports of the angry debate in the USA over the border wall. What you never hear in those arguments is the voice of Mexico.

When I was teaching English in Mexico City in 1969, the school put me in charge of discussion groups for students who had some command of English. For some reason the manager of the school believed that this Canadian would speak better English than the 2 American teachers, and of course better than any of the Mexicans. That amused me, since I had had trouble speaking in public from the time I was a boy. Even several of the Mexican teachers were more English articulate than me.

But the students seemed to like me and we had many good discussions. One day I made some fairly innocent remark about the Mexican-American war of 1846-1848. I had read a history of Mexico published in the USA and thought I knew something about it.

Basically, the most common American position is that the Mexicans hardly put up any fight, so they deserved to lose California, Nevada, Utah, Colorado, Arizona and New Mexico. Texas had already been lost to the rebellion led by Sam Houston and funded by rich southern business men. At that time, all that territory was in 2 sections, called by the Mexicans ‘Alta California’ and ‘Santa Fe de Nuevo Mexico’: 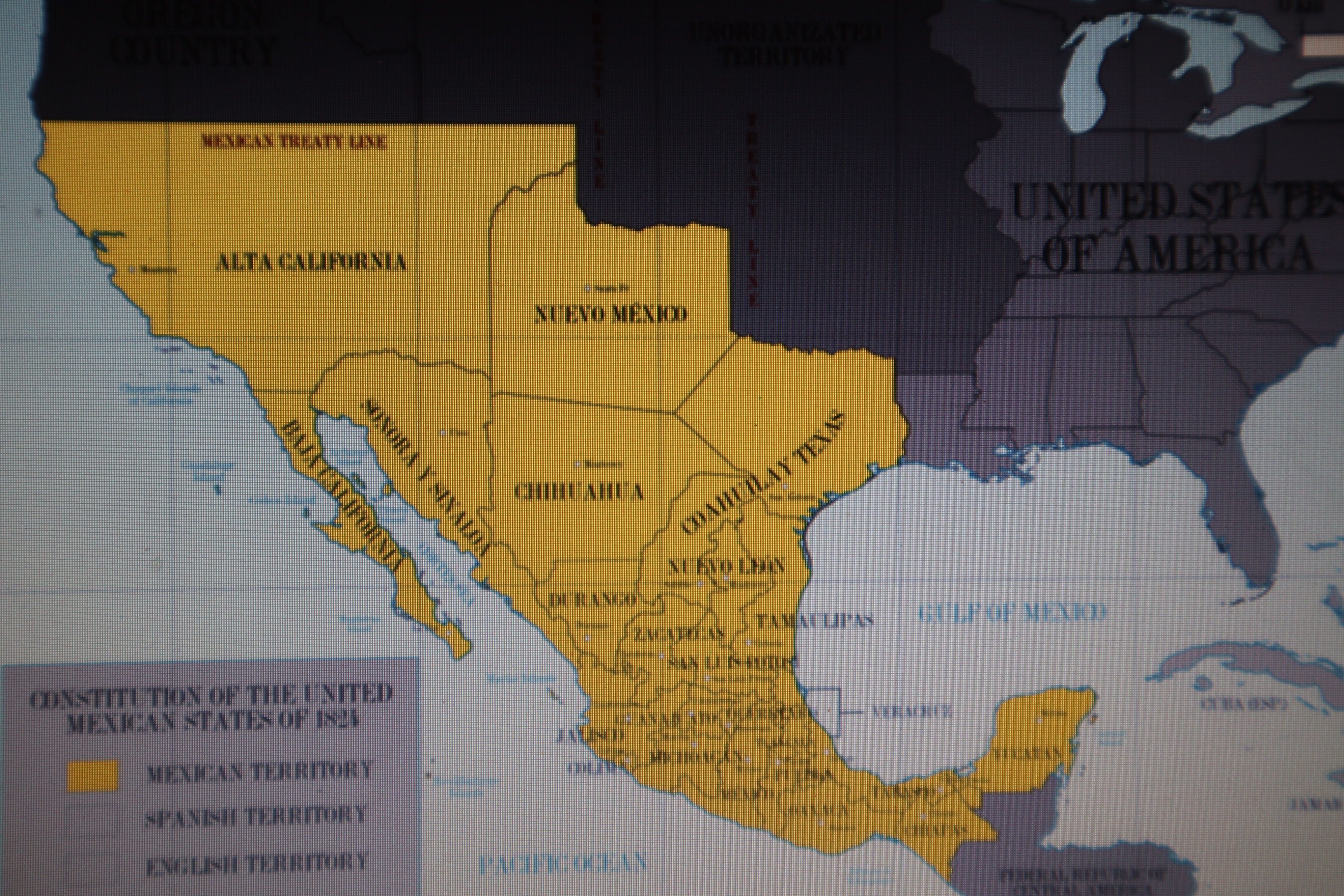 A bank manager from Acapulco, who had come to Mexico-City to improve his English, then gave me a startling dressing-down with a quick review of the facts of that war and its long term consequences. He was impassioned about it. From him, and later reading, I learned that:

And so a border was created within Mexico where no border had been before. Many families were separated. Although most US citizens don’t seem to realize it, a large portion, maybe the majority, of the Spanish-speaking families in the south-western USA, usually referred to now as ‘Latinos’, have been there longer than the English-speaking inhabitants.

While Americans citizens seem to have almost universally forgotten this part of their history, among educated Mexicans – my Acapulco bank manager was just one – that history is alive and well. I thanked him for my unexpected dressing-down – his eloquent defence of Mexico – for, unlike so many people today, I have always valued the truth. When I’m wrong, I want to know I’m wrong. I suspect that that comes from being the product of working-class parents and ancestors from Yorkshire/Lancashire.

As the infamous border wall between the USA and Mexico has sporadically increased in size, you can imagine the growing anger in Mexico where this is seen as just one more provocation that started with that robbery at gunpoint in 1848, when half their country was stolen.

PS – If you want to read more about the Mexican-American War, there is an excellent account of it at Wikipedia – where I found the above map showing Mexico in 1824.