Paranormal World|Children who talk of past lives | Kumkum Verma 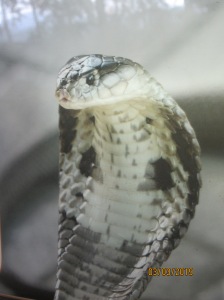 Sinduhaja ‘Kumkum’ Verma, was born March 14, 1955 in Bihara, a village 40 kms from the city of Dharbanga in northern India. Her father, doctor B. K. Verma, and her mother Subhadra were educated Hindus of a relatively high caste.

According to psychiatrist Ian Stevenson, this case is one of the strongest he encountered. It was included in his book Cases of the Reincarnation Type – vol 1 – Ten Cases in India.

When she was 3 1/2 years old Kumkum began to talk of a previous life in the Muslim quarter of Dharbanga. She told people she was ‘Sundari’, which turned out to be the name of a Muslim woman whose life there is worthy of a novel.

Sundari, whose family name has not been identified, married a blacksmith with whom she had two boys, one of them Misri Lal, who would also become a blacksmith. ‘Blacksmith’ was a caste in India, much lower than the caste of the Verma family.

Sundari’s husband died, then she remarried to another blacksmith, her husband’s cousin Jhapu Mistry.

Sundari continued to earn money from her previous husband’s blacksmith facility, having hired a man to work in it (Jhapu apparently had his own place). She was considered close to being wealthy, but people said she was too generous with the poor. She provided dowries to lower caste girls so they could get married, and she often loaned money carelessly without interest.

She kept her money in a safe mounted in the wall of the room where she slept. With her in the room, for many years, was a pet cobra. Since its presence was well known in the neighborhood, it may have served as a deterrent to thieves.

Also in the room, hanging on the wall, was a sword. This is said to have been unusual in India, but not in the homes of blacksmiths, since they made swords.

Sundari still owned the house of her previous husband. When her son Misri Lal went into the army, where he served as a blacksmith, the money he sent home she invested in restoring the old house so Misri could have it when he returned. But her new husband, began dismantling the house without her permission, using the bricks for something of his own.

When Misri returned, he began a lawsuit against his stepfather re the destruction of the old house. Sundari joined him, providing evidence against her husband. On the eve of the trial, Sundari mysteriously died. Misri accused Jhapu’s family of poisoning her and wanted an autopsy, but friends of the family, who were anxious to see the dispute ended, were able to deter him.

So, now, what did little 4 year old Kumkum know about all this?

She reported the usual information – describing the exterior and interior of houses, the surrounding land, identifying people in photographs, etc. But she also said these things:

There is more to this interesting case. For example, there is the dream her mother, Subhadra, had when she was pregnant with Kumkum – she dreamt a girl child surrounded by snakes.

When she was still a small child, Kumkum did not have the fear of snakes that most children had – she liked them and was confident around them.

But think of what the facts here are saying.

This child knew things that someone in a previous life experienced, and talked about them in great detail.

This is not the “after-life”. Kumkum did not talk about Sundari experiencing anything after her death, and this is common with these children.

The transfer between lives described in these accounts is not instantaneous. There are usually a few years in between, though sometimes only months. You might say that the ‘self’, then, must have an ‘after-life’ existence, but why couldn’t the ‘self’ go into some kind of storage, or dormancy?

If scientists ever get some access to this, we may find that both things are possible, that the truth – ‘reality’ – is vastly complex.

Don’t hold your breath waiting for scientists though. Mainstream science has a phobia about investigating any phenomena that have been deemed paranormal.

All you can say for the moment about these children is that they seem to demonstrate a connection of some kind between lives.

But if these memories are evidence of reincarnation, does that mean that those of us who do not have such memories are not reincarnated? Well, keep in mind that in these children the memories eventually disappear. They start to fade about age seven and are gone before they are teenagers. Yet when that happens, something seems to remain – a similar personality.

Kumkum shared many personality traits with Sundari. Among other things, as an adult she too was generous to the poor, had little aversion for people of lower castes (unlike the rest of her family), was comfortable with snakes, and was more religious than most people, as was Sundari.

One day this might be investigated. In a previous post, I suggested that the vehicle for the transmission of memories/character traits might be DNA. Admittedly, the children Stevenson studied rarely remembered the life of someone related to their family, but DNA today remains a gigantic, mostly untouched, wilderness as far as research is concerned.

Suppose scientists 100 years from now, or 500 years from now, are able to identify detailed character signatures in DNA. That would open up the possibility of searching entire populations for matches, which could even be done between generations.

But today all we can say is that even if there are no memories of a past life in you, that doesn’t mean that some kind of multi-generational (immortal?) self isn’t within you anyway, continuing its unperceived, unrecognized, unrecorded journey into the future.