Rescuing Science | One Death at a Time 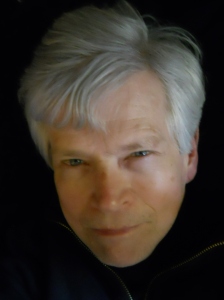 The physicist Max Plank famously said science advances one death at a time.

Well, actually, what he said was longer than that, but over the past century his words appear to have been gradually condensed. He was pointing out that new ideas in science are often blocked by old ideas, that they are only able to emerge when the guardians of the old ideas die off.

Several big names in physics died not long before Einstein, working alone in the Swiss patent office, came up with his theory of special relativity. Plank helped him get it published and believed those deaths were crucial in that.

Einstein was only 26 years old then. For some reason, creativity tends to be stronger in the young than in the old. This phenomenon has been seen in the sciences, in mathematics, in music, literature and the arts for a long time.

Darwin was only 22 when he set out on the five-year round-the-world ocean journey that led to his theory of evolution.

Werner Heisenberg was 26 when he presented his first theories on the Uncertainty Principle. Niels Bohr, another contemporary of Einstein, produced three major papers at age 28. All three were famous before they were 30.

Since Stephen Hawking died earlier this year, here are most of the well-known physicists we continue to hear from on TV, in science magazines and the internet:

I was going to include British physicist Paul Davies, who gave us many good books, but I just learned that he died in 2014 at age 68. I’m sure there are a few other worthy names I have missed.

Where are today’s famous young physicists?

Nowhere to be seen, it seems. This elephant in the room of science today looks enormous to me, but it seems to be invisible to the mainstream media. No one asks that question, so I’ve asked it here.

The answer, I think, is that there are young physicists with new ideas but no one will listen to them, or let them do the work that might make them famous.

Don’t get me wrong – I’m not suggesting those in the above list aren’t capable of new thoughts. They argue constantly among themselves, sometimes in innovative entertaining ways, but they don’t let any young voices into the debate.

It isn’t that young scientists aren’t trying. In a 2014 letter to New Scientist magazine, 33 physicists, many young though it does include some old rebels, proposed that funding be allowed for research questioning the Big Bang theory [read my previous post on that]. Looking back on the first half of the twentieth century, when physics was more open, they concluded:

Whereas Richard Feynman could say that “science is the culture of doubt,” in cosmology today doubt and dissent are not tolerated, and young scientists learn to remain silent if they have something negative to say about the standard big bang model.

To read the full letter, republished on Rense.com, click here.

I’m sure it’s not so different in other sciences. I also suspect it is the reason that mainstream literature seems so tired out now. Well-established authors, encouraged by editors, tramp over and over the same worn but reliable paths. Young authors must imitate them if they hope to get published. Even in politics, old politicians, elected by older voters, are making a mess of things everywhere as they try to block the future.

The young minds are out there. What are they thinking about? What new theories will they eventually reveal once the dominant thinkers of today are gone?

One thought on “Rescuing Science | One Death at a Time”