In Defence of Bullfighting | The Old Matador 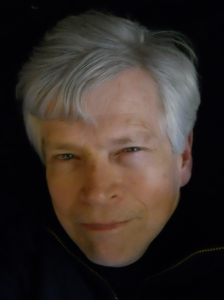 Because I eventually want to put a collection of my SF short stories on this site, I’m introducing another one today.

During the winter and spring of 1969 I was in Mexico City, working from Monday to Saturday teaching English in a busy school on the Insurgentes. On Sundays, I regularly visited the famous Plaza de Toros to see the fighting bulls. Every week I bought a seat as close to the ring as I could afford. When the crowd was quiet, six rows back, you could hear the heavy breathing of the bulls and see the fearsome spirit in their eyes.

I admired the matadors and their assistants too, but to me they were just supporting players in that drama. Wild cattle are phenomenal animals. Almost all domesticated cattle still possess some wildness, and they all interest me, but the Spanish fighting cattle are something else.

Sure, I have my misgivings about bullfights. It’s not that the bulls are killed that bothers me, only the inevitability of it. When a bull kills or maims a matador, a new matador is assigned to dispatch him. A bull’s chance of survival in the bull ring is no better than in a slaughterhouse.

But the rest of the world kills millions of bulls, cows and calves every day in slaughterhouses. None of them has the slightest hope of escape. If that troubles you, as it does me,  read my little 3 page story Dawn of a New World on the White House Lawn , to see how it could be different.

Back to this story. If bullfighting didn’t exist, those animals I’ve described wouldn’t exist.

For a long time I wanted to write a story about their right to exist, and the right of bullfighting to exist. Finally, in 1995 it came to me.

If you read it, keep in mind that this is a story no one would publish. If you find that surprising, I can tell you that none of my short stories ever got published, except by me. They are a set of orphans who I keep with me, and whenever I see a way to help them, I do what I can. I’ve done it again with this story, adding a little extra this week, which is the reason 2018 is included in the copyright notice.